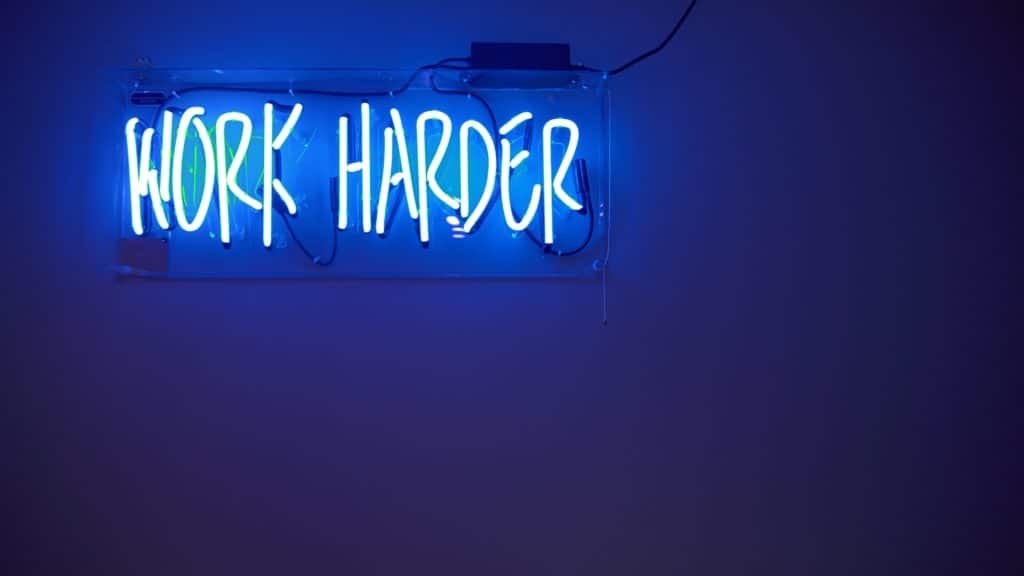 In the 1930s, the economist, John Maynard Keynes, predicted that technology would advance to such a degree that the workweek would shrink to 15 hours.  At the time, the 40-hour workweek was becoming the norm, and technological change was transforming work.

What happened to the 15-hour workweek?

Now According to a Gallup poll, Americans work an average of 47 hour work weeks, with many Americans way over fifty hours. Entrepreneurs, on average, work 63% more hours than average, which makes for a very long work week.

We also take very little vacation since we are the only well off country that does not require employers to offer vacation time, and many of those who have it just don’t take it.

So what happened to the 15-hour workweek?

Here is the thing: since the 1930’s we have had a 450% increase in productivity.  This means that in terms of productivity, we have achieved the equivalent of a nine-hour workweek.  We now get done in a day what used to take someone all week to accomplish.

So why do we work longer?

One reason is that we have raised the bar on each other: we wouldn’t be happy today with a car built to 1930 standards.  Our lives without Bose speakers, air conditioning, navigation, and entertainment for the kids would be miserable.

Oh, and we like our cars to start every time, there’s that.

This isn’t just the case for cars; it is everything.  Our standards for the quantity and quality of stuff have increased.  Increasing demand mitigates the productivity increase, and that keeps us working.

But there is a second reason that I think is much more important: we let work dominate our lives.  We do it to ourselves.

I have seen that we can live to a very high material level – quantity and quality – with far less work.

For example: when I lived in Germany, I couldn’t believe how hard people worked.  They were focused, dedicated, and knew what they were at work to do.

There is a reason why Germany has the highest level of manufacturing export per capita of any nation.

At first, I didn’t understand this, and then I learned: everybody was always just about to go on vacation.  They had so much vacation time (6 weeks PLUS overtime compensation) that they had very little time to get their work done.  So they worked hard whenever they were allowed to.

There is a rule about work: it will expand to take the time you alot to it.

I compare that to my experience returning to the US where the world seemed to move at a glacial pace.  People spent a lot more time at the proverbial water cooler while their bosses check hourly reports to make sure everyone was putting in their time.

Americans know we will be there tomorrow and the next day and the day after that forever and ever so what is the need to work hard?  Why bother?

Somebody leaving the corporate world may believe that he or she is leaving the grind behind.  But then reality sets in: no matter where you go there you are.

If you are accustomed to grinding, you will continue to grind.

Even without the boss breathing down our necks, we tend to focus on time and how we use time.  We follow productivity hacks to get more tasks complete in less time.  We do our best to work harder and grind more.

We have developed a cultural belief that the value of output is directly related to the quantity of input.

I tell a story to executives all the time that illustrates this point. I do not know if it is true, but the reaction is telling, whether the story is true or not.

It starts with a guy working in an office job.  He is clever and wants to spend time at the beach, so he higher virtual assistants to do his work.  They cost a fraction of his salary, which he pays.  He gets the rest of his salary and spends the bulk of his time on the beach.

All of the work got done well and on time.  But, when the guy’s boss found out how he was getting the job done, the boss fired him.

When I tell this story to groups of executives, a lot of them nod approvingly. “Yeah, that is the way it should be,” they will say to me, “he wasn’t doing the work.”

Personally, I would have given the guy a raise and doubled his workload.  If you are brilliant enough to outsource your job and deliver a quality product, you deserve more, not less.

Too often, we don’t get that.  And even if we do, if if you are sitting there thinking that the boss was an idiot, you will probably still do this to yourself.  You will expect yourself to work hard and grind.  We expect ourselves to do the work.  We think that if we aren’t putting in the hours, we don’t deserve the result.

That is the brilliance of someone like Tim Ferris with his four-hour workweek.  What he is explaining is that we don’t need to work so hard to do basic stuff.  We think we do.  But we don’t.  We can take a lot of that basic stuff, codify it and have others do it.

If you then look at the work that we do, it ends up being pretty basic stuff.  Even if it is valuable, it is probably pretty basic.

Consider the adage of the old man who came to fix a complex piece of machinery.  (As an aside, wise people in stories are always old… wisdom comes from experience).  The owners had been through a series of experts, none of whom could fix the problem.  They called the old man, he arrived, looked at the machine, and quoted a price: $50,000.

The owners, extremely frustrated and facing mounting losses, agreed to pay.  The man picked up a hammer, tapped the machine, and it sprang to life.

The owners were ecstatic, but then the bill arrived, as agreed it was $50,000.  Remembering that the man only spent a second fixing their machine, they demanded an itemized bill.

The old man was happy to comply and sent them a new invoice that read:

Most of our work is physically as simple as tapping the machine, but we bring knowledge, expertise, and a way of working that gives us the knowledge of where to tap.

The trick when running a business is teaching others where to tap while focusing ourselves on the part of the work that brings us the most fulfillment.

This isn’t impossible and it isn’t even that hard.  It just requires a different way of thinking.  To work effectively and to work less while earning more, you must move beyond the doing and the executing and move into the space of an entrepreneur.

You must build a business.  To do this, you redefine what you do so that it aligns with you, focus on the work that makes the most sense to you and act to create the systems and processes that keep the business running.

And then you will find that Keynes wasn’t so crazy after all. 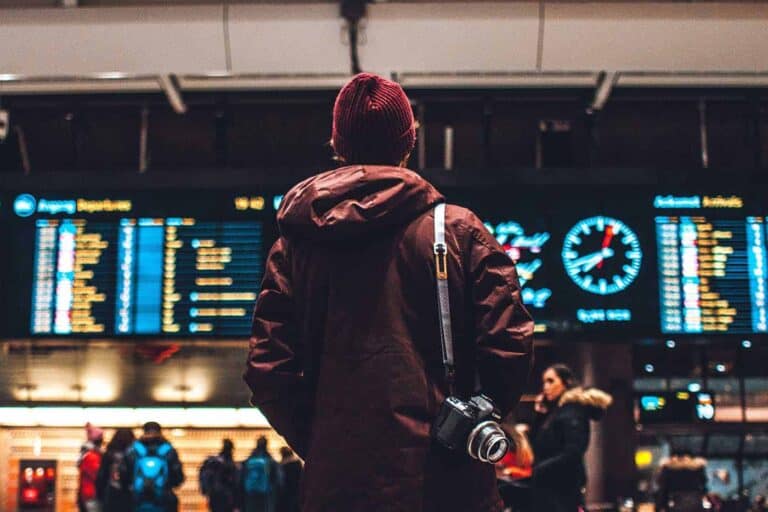 Table of Contents Investor first is wrong   In the interest of investors, owners, employees, and customers we suggest that businesses… 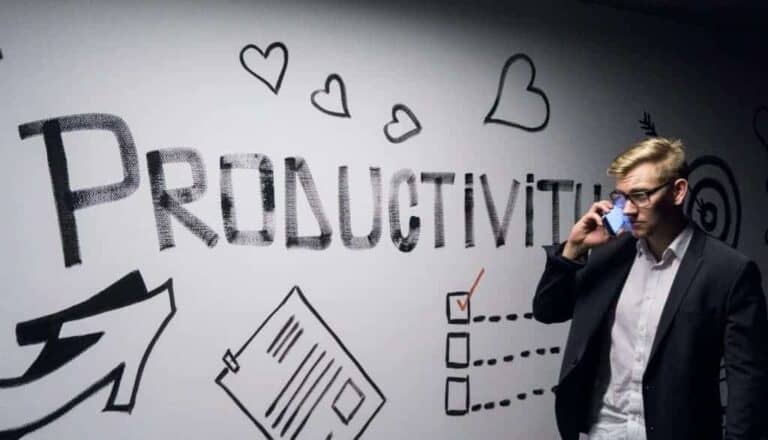 Table of Contents In 1930, John Maynard Keynes predicted that technological change and productivity improvements would lead to a 15… 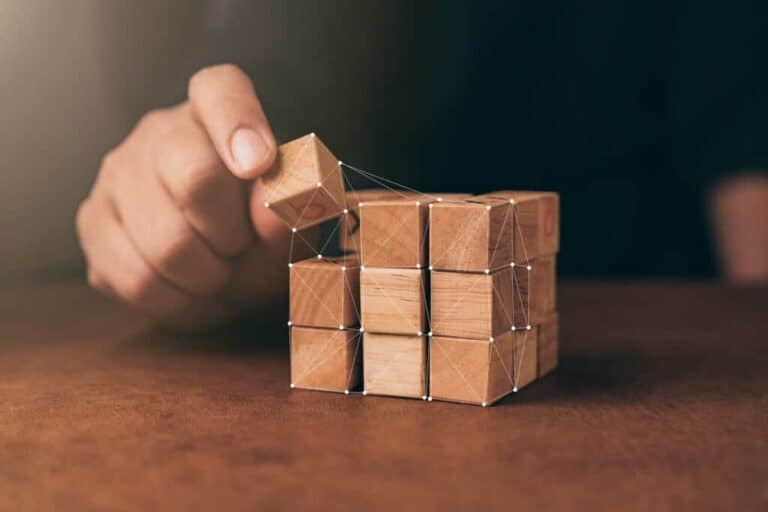 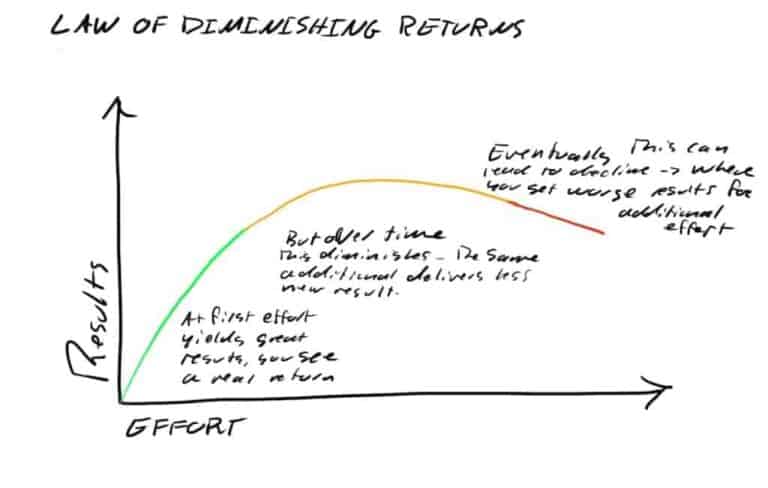 Table of Contents First things first, what is the law of diminishing returns The four phases of starting a business… 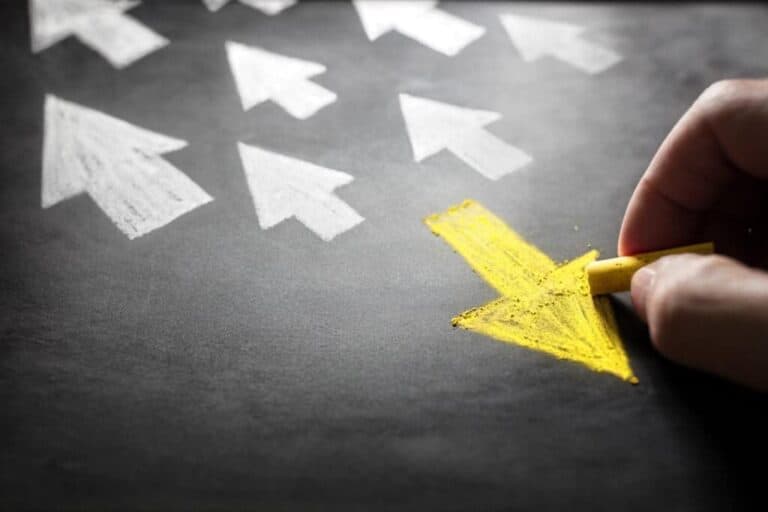