Nothing is perfect.  Not everything works out the way you planned.

Assume that at some point, you will have to take actions that you don’t like, which will have negative consequences for others, and one of those decisions may be to reduce staff.

Even human-centric organizations have to let people go.  It is crucial to hire mindfully, and think of people as people and not as cogs that you fluidly hire one day and fire the next (consider American automobile manufacturers).  But reality happens.

Every organization has to make hard choices, and sometimes the hard decision involves reducing staff.

I start by discussing the central question, then talk about the Weight Watchers approach, or how NOT to lay people off, the heartless three-minute lay-offs via group Zoom at Weight Watchers and compare that to the more human-centric Airbnb approach. I end with what this means for you and then get to what is next, and how to lay people off humanely.

The question is, HOW you to lay people off

The current pandemic is fantastic in its ability to reveal the inner workings and true selves of organizations.  Everybody faces the same crisis.  The question is how they deal with it.  Are they human-centric, building for tomorrow, or are they human irrelevant, focused on the short term?

I am not saying that either company is all good or all bad, purity doesn’t exist, but I am suggesting that there is a lot we can learn from how they approach lay-offs in the time of COVID.

First, how NOT to lay people off, the heartless three-minute lay-offs via group Zoom at Weight Watchers.

Weight Watchers used to solve a tangible problem for people in helping them lose weight. Enter Mindy Grossman and Oprah and an organizational shift from weight management to health and wellness.

This shift was ironically a move away from a focus on humans, ironic because I believe the idea was ostensibly to create more holistic and human-centric.  I think there was a desire to empower people without shaming them for their weight.

But they lost their edge.  The reason people were a part of Weight Watchers was the community of support and the conversations that they had.  Weight Watchers was built on the idea of community.  Clients became coaches; they believed in the organization; they were committed to themselves and others.

To enforce their top-down corporate change, meetings that had been by and for people to share real-life experiences, became scripted affairs that people didn’t connect as well.  This impacted sales, and Grossman said publicly that maybe they had to go back to weight management.

And then COVID hit.

COVID forced WW’s hand.  They had to lay off a so far undisclosed, but presumably large, percentage of their 17,000 employees.

They did it with scripts read over three-minute Zoom calls.  People dialed in to meet with their managers who read a three-minute script firing them, effective immediately.

They did this in groups because, in the words of the company’s HR manager, “It wasn’t practical to have all of the conversations be one on one.”

It isn’t the firing that is inhumane.  You lose your corporate soul when you decide that it isn’t practical to have one-on-one conversations with the people whose lives you are about to destroy.

The approach is even more dramatic because the strategic push of the company was toward holistic wellness and ostensibly a more human-centric approach.  Presumably, they had one-on-one conversations with people when they hired them, but it was inconvenient when firing them.

And they encouraged the people they laid off to get in touch with their HR managers to answer questions.  So the one-on-one conversations were going to happen.  They just happened after WW revealed itself as a callus enterprise that is uninterested in humans.

Then there is the more human-centric Airbnb approach.

I want to preface this by saying that there is no perfection in the world, and I am not saying that Airbnb is perfect.  Perfection is too high a bar.  We can only work on improving our journey and work on making good decisions.  In this case, I think the CEO of Airbnb, Brian Chesky, made some good decisions.

The difference was that he took a value-based approach that put humans first.  Rather than bemoan the inconvenience, he followed clear principles:

This led to a lot of individual decisions, small and large. These include letting people keep their laptops, making sure they left with an ownership stake in the company, and transforming his recruiting organization into an outsourced organization.  He demonstrated a real commitment to helping people find jobs and maintain normalcy in their lives.

(Read more in this great of Airbnb’s actions in this overview written by Tim Denning here.)

And Airbnb is not a holistic healing wellness company; they facilitate the rental of houses and rooms.

When the dust settles, the Airbnb process will probably be more expensive and time–consuming in the short term.

But in the long-term, the corporate confusion, lack of clarity, and inconsistency of WW will cost it dearly.  Airbnb managed to lay people off and keep them in the community.  The people affected will not feel great about being laid off, but when they look around, they will feel better than those who left WW.

Those leaving Airbnb are more likely to speak well of the company, continue to be customers, continue to promote the organization, and may be more willing to come back to the company when and if they are needed again.

WW has not just cut out people but also cut off the community culture, which is why they existed. The people they laid off are more likely to speak ill of the company and take their energy elsewhere.  They will talk about how “WW” used to be….

Long term, their decisions will eat away at the company.

What this means for you

Letting people go is a painful decision that impacts people.  There will be other decisions, as well.  Being human-centric does not mean that you don’t make these decisions.  It means that you make them and take actions that are consistent with your values and how you want to treat people.  It is the recognition of humanity that matters.

In the short-term, it may feel inefficient, expensive, complicated, and uncomfortable to do the right thing.  (If you have never had to lay someone off, a one-on-one conversation to do so is uncomfortable).  The right way may also negatively impact your short-term performance.

If you want results over the long-term, if you are focused on creating something truly extraordinary, making an effort to do the right thing and keeping your focus on humans, is essential.

How to lay people off humanely:

The human-centric approach may be more work, but that is the work of running a business.  Sometimes it isn’t fun, but done right, even laying people off can strengthen your brand.

Table of Contents So, is this a bad thing?  There are two requirements for this synergy to happen.  They are:  So… 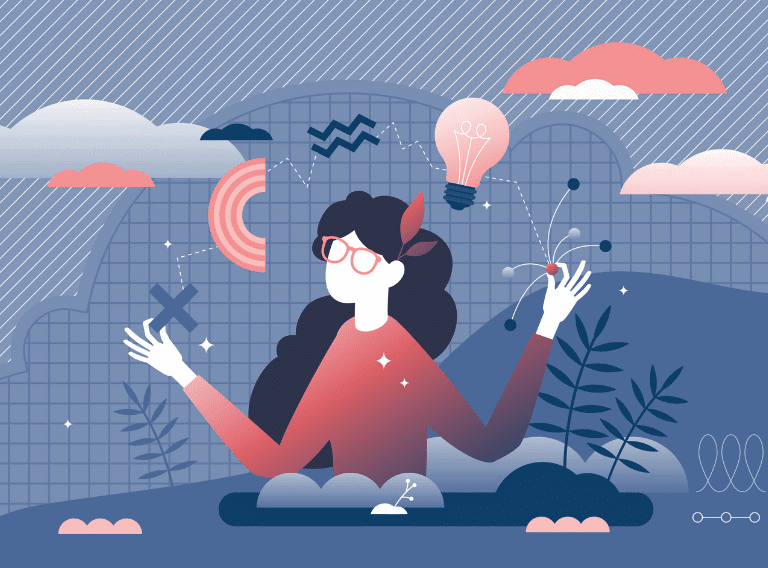 Table of Contents So, What Is a Unique Selling Proposition? What Is an Irresistible Value Statement? If you’re like most… 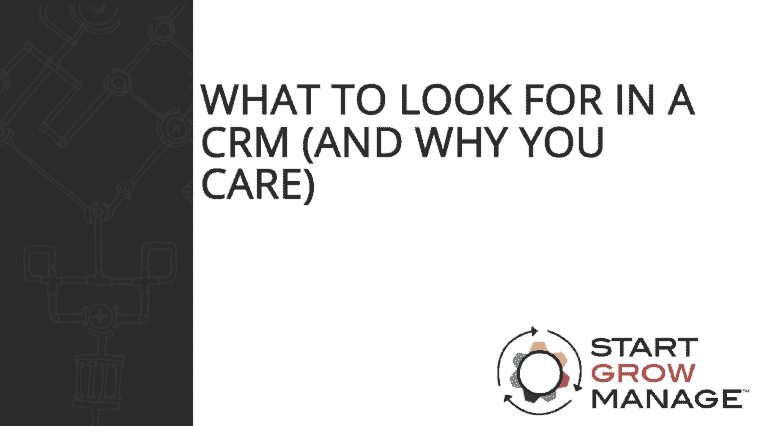 Table of Contents You have to follow up with people at least 5 times before they will remember your name…. 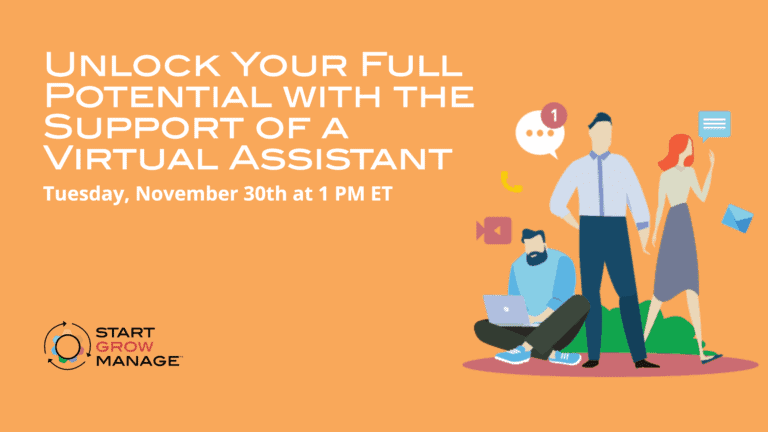 Table of Contents Why hire anybody, let alone hire a virtual assistant, anyway? The trick is you only get these… 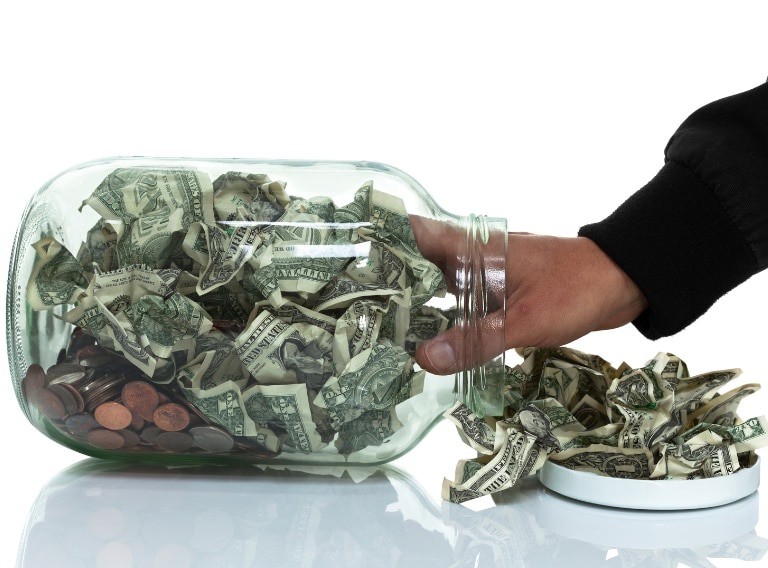 You should withdraw money from your business – that is what you are in business for… there are just a few rules you need to follow. 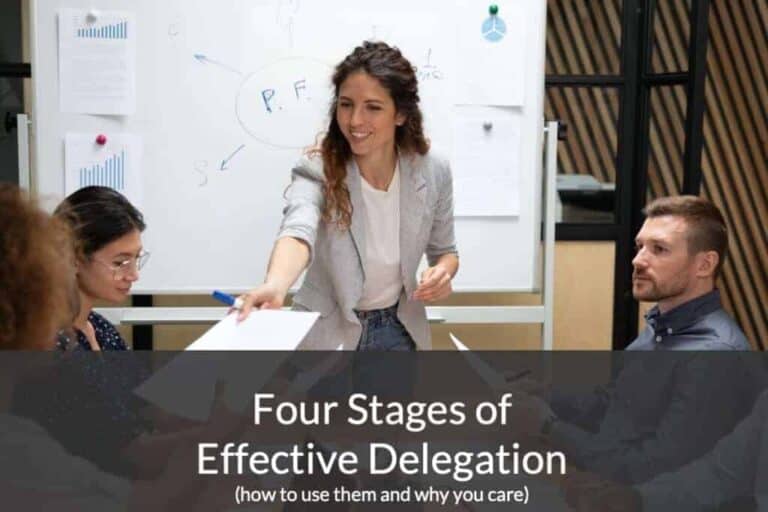 Table of Contents In this video I summarize the four stages of delegation: